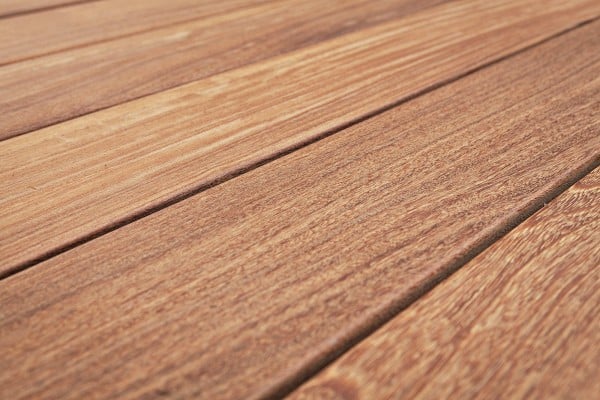 Cumaru is one of the heaviest woods in the world with the best outdoor durability. The tree species is native to the entire tropical distribution area of ​​Central America and northern South America. Cumaru is best known for its tonka bean fruit with its medicinal properties (Wikipedia).

Compared to Bangkirai, Cumaru has so far played a subordinate role as a tropical precious wood in Europe. For a few years, however, Cumaru has been recognized as a decking board or Substructure increasingly popular in Germany too.

In the South American market, Cumaru is very popular for roof terraces, gardens and swimming pools. Its richness of colour, its high durability and good surface are convincing. Cumaru is also known as "Brazilian teak" in North America.

Unfortunately, the heavy and very durable wood is only available in small quantities from sustainable FSC® forestry for Europe. at Betterwood However, all terrace boards, construction timber and wooden tiles made from Cumaru are FSC®-certified. Cumaru is not subject to the protection guidelines of CITES.

The Cumaru tree can reach a height of up to 40 meters and its DBH can range from 0,6 to 1,5 m. the Substitute from Cumaru are Bongossi, Bangkirai, Okan, Mukulungu, Moabi.

Outdoors according to DIN-EN

The high hardness according to Janka of 12,000 - 16,000 N makes Cumaru moderately dimensionally stable. Cumaru at 12% wood moisture content has a radial and tangential shrinkage rate of Rad 0,9% and Tan 1,2%. This and its very high durability make Cumaru an ideal wood for outdoor use in the load-bearing area.

Due to its hardness properties, Cumaru is a very difficult wood to work with. Holes for nails or decking screws must be pre-drilled.

The relationship between stress and strain, which causes the action of the force on the elasticity of the wood, is given by Cumaru with a MOE of 26610 N/mm2 and the flexural and compressive strength to break MOR is given as 103 N/mm2.

The durability class from Cumaru is in "Class 350" according to DIN-EN 2-1. This means that it is very resistant to F-infestation is. The high resistance to drywood borers and termites also makes Cumaru the ideal garden wood.

Cumaru is very difficult to treat because it hardly absorbs any oil or wood. However, this is not relevant either, because due to its natural durability properties, Cumaru does not require any additional treatment against wood-staining and wood-destroying fungi or insects. There is also something special decking oil, which was specially developed for the care of tropical wood decking boards.

Due to the positive properties mentioned above, the high durability, the high resistance to fungi and insects, Cumaru is very well suited as construction wood for the substructure of terraces.

Cumaru is also very popular in South America and increasingly in Germany for decking boards, both in the substructure and because of its beautiful appearance as decking boards themselves.

Due to its hardness properties, Cumaru can also be used as a floor in containers or trucks on very heavily used surfaces.

However, the main use of Cumaru is largely in load-bearing structures and wooden terraces outdoors such as in the garden or for landscaping. 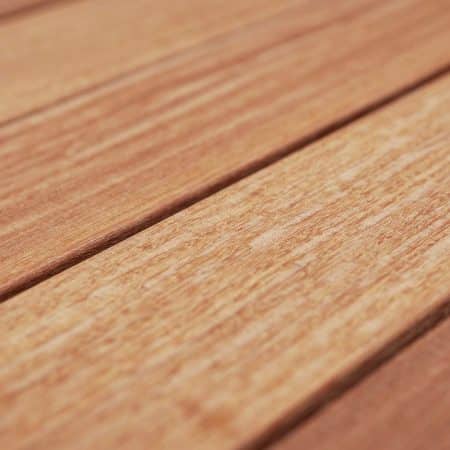 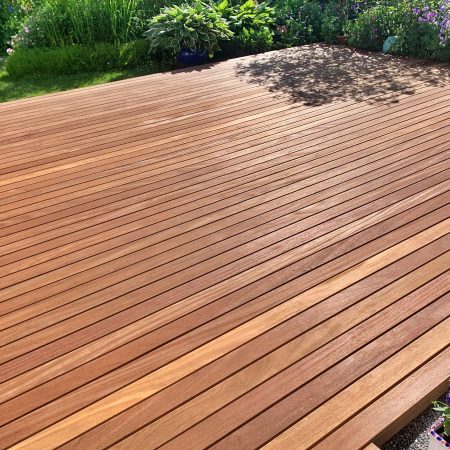 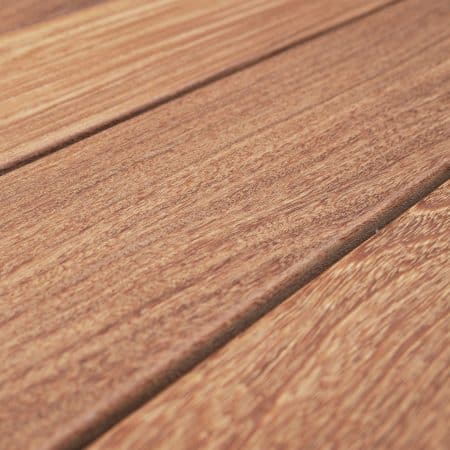 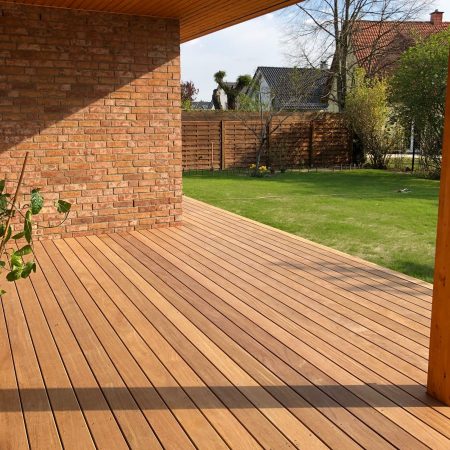 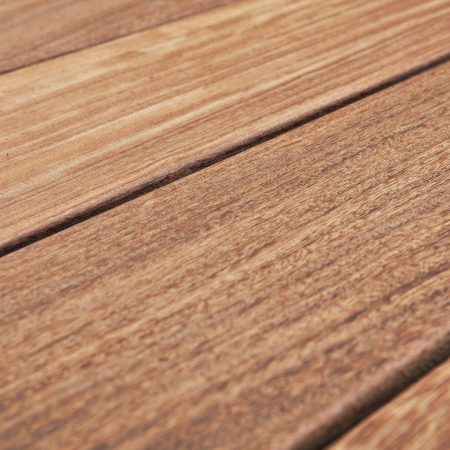 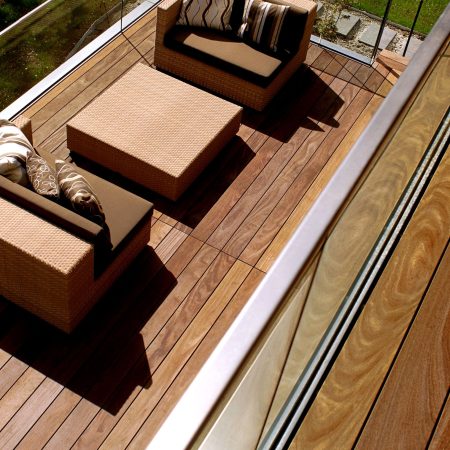 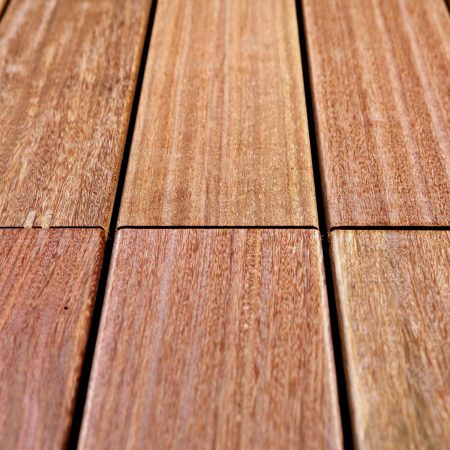 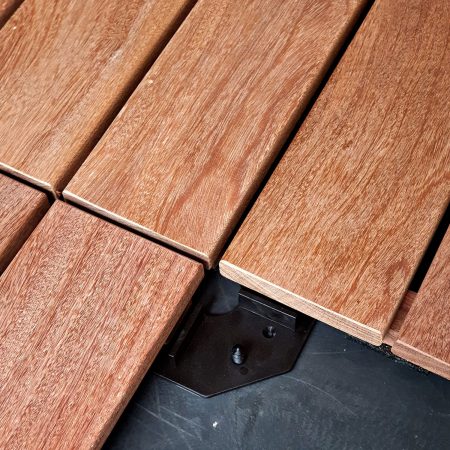 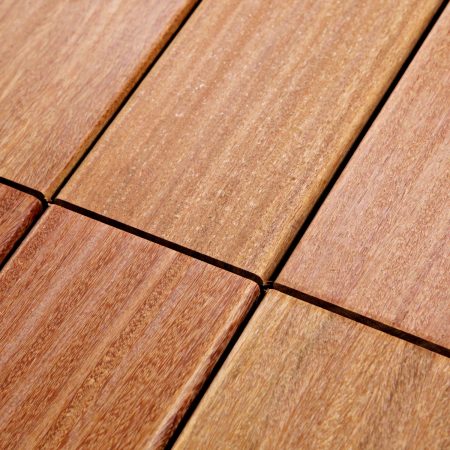 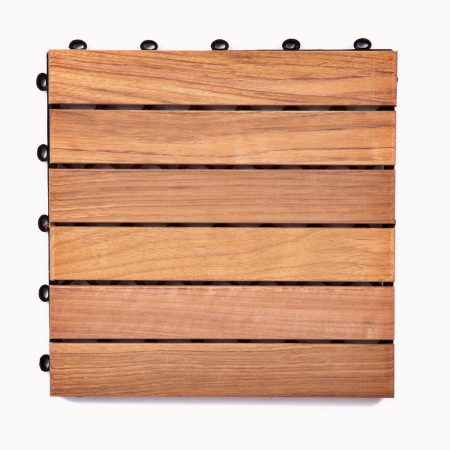 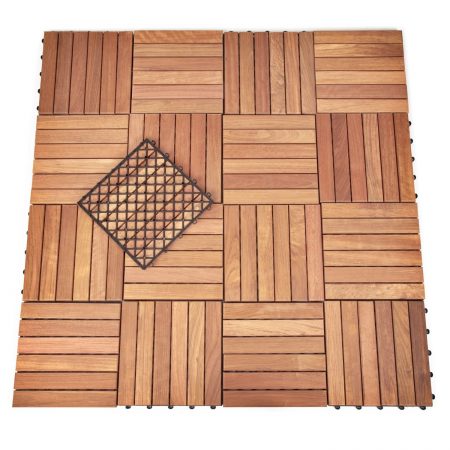 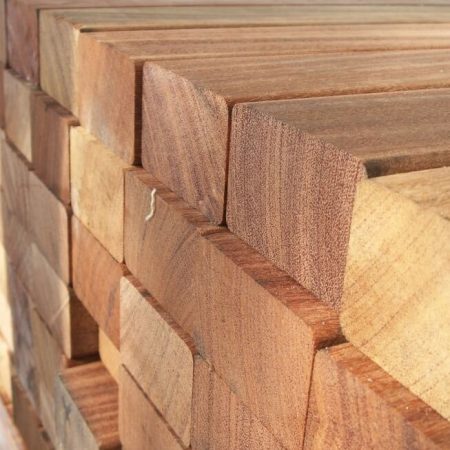 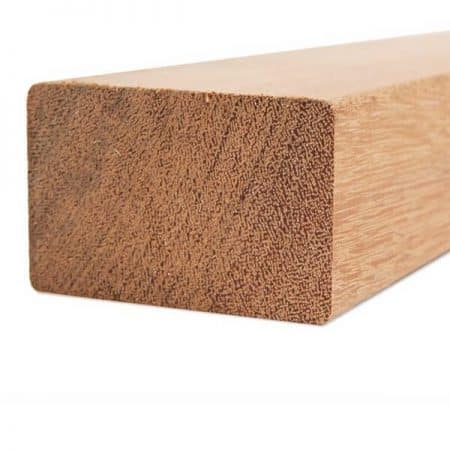 next type of wood:
Douglas